There are four major console variations. 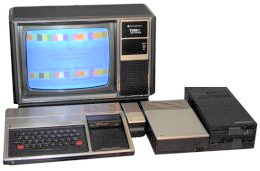 In June of 1979 Texas Instruments released the TI99/4 personal computer, with a starting price of $1500, which included a monitor. This was due to the fact that the Texas Instruments modulator, used to hook the computer to a TV, could not pass the RF standards. Over 20,000 of these models were produced. Peripherals were all designed to be connected to the side expansion port making your desk space requirements excessive.

The Texas Instruments TI-99/4A is a home computer released in June 1981 in the United States. It is an enhanced version of the TI-99/4 which was released in late 1979.[2] The TI-99/4 and TI-99/4A are the first 16-bit home computers, using the Texas Instruments TMS9900 16-bit CPU.[3] Both models include hardware support for sprites, using TI’s own chips, and multi-channel sound, making them some of the first home computers to include such custom coprocessors, alongside the Atari 8-bit family also introduced in 1979.

The TI-99/4A remained mostly the same as its predecessor, with the major changes being a full-travel keyboard to replace the calculator-style keys, an improved graphics chip with support for bitmap modes, and a cleaner method of adding expansion cards. The price was also half that of the original model. Texas Instruments supported the 4A with a line of peripherals, including a speech synthesizer, and a “Peripheral Expansion System” box to contain hardware add-ons.

June of 1983 saw the release of the all plastic, “Beige” version of the TI-99/4A. This helped TI lower production costs and they hoped the beige color would fit into the home more comfortably. Some other minor changes were also made. Some contain a new power supply some have the original power supply. The power switch was also moved from the front to the top with the LED being removed. Some machines have the original LED bent back inside of the case but still available, others the LED is not installed.

For the most part this computer was the same as the black and silver model, and could use all the same add-ons.

In August of 1983 TI released the TI-99/4A QI. Though this name was not official for the console, it was what the motherboard was designated. QI stood for Quality Improved. No visual changes were made to the exterior of the console, and in fact they are very hard to distinguish from the beige models. On the other hand, major changes were made to the internal components of the QI.

One change that was made that created major grumbling was TI’s decision to change the internal workings to lockout unlicensed ROM cartridges. This was done to keep other 3rd party companies from producing cartridges for the TI-99/4A. Not all QI consoles had this “feature”, and even non QI, later beige consoles may have. It is easy to determine if you have the lockout or not. Look at the first screen (the one with the color bars) when you turn on the console, if you show a copyright date of 1981 you do not have the lockout, but if it shows a copyright date of 1983 then you do. 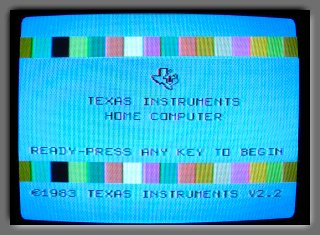 According to John Creviston Jr at one time, the regular beige models and the QI models, were produced at the same time in the TI plant. This would not have posed a problem as all parts for both types are interchangeable in the beige console.

Taking apart a QI console will show that it is one. But the easiest way to determine if a beige console is a QI or not is to just look at the expansion slot.

The top expansion slot pictured on the right is a QI slot. Notice that the grounding fingers are silver in color, while the “regular” slot’s fingers, pictured below, are brass in color. 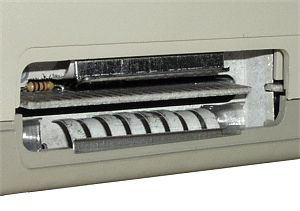 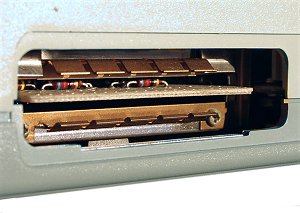 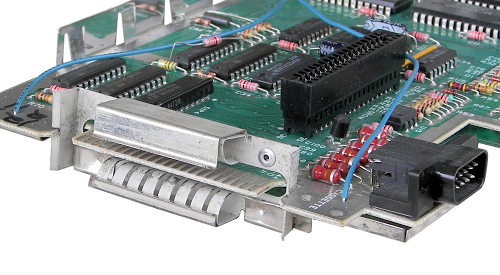 Another shot of the expansion slot on the QI motherboard. 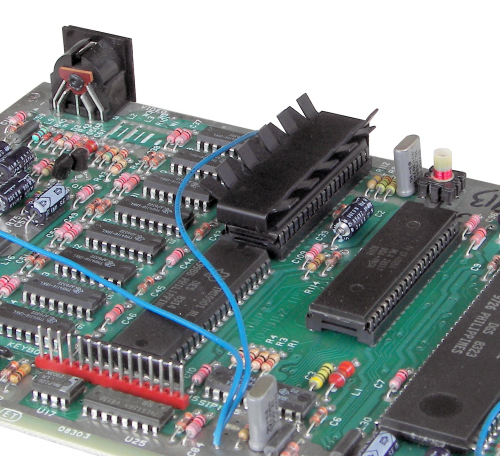 The new power supply design is very clean and almost looks like it could be a switching supply. 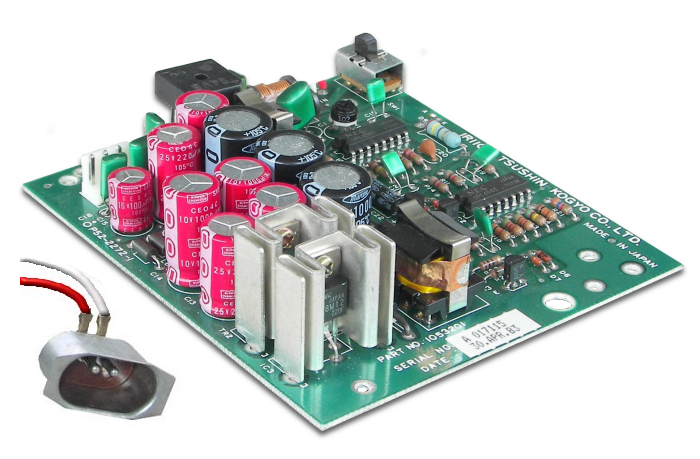 Also notice that the socket for the transformer plug only contains two pins. Where the old power supplies required 5V,8V,and 16v, the QI supply only needs 5V and 16V. You can still use the old transformers with the QI though. 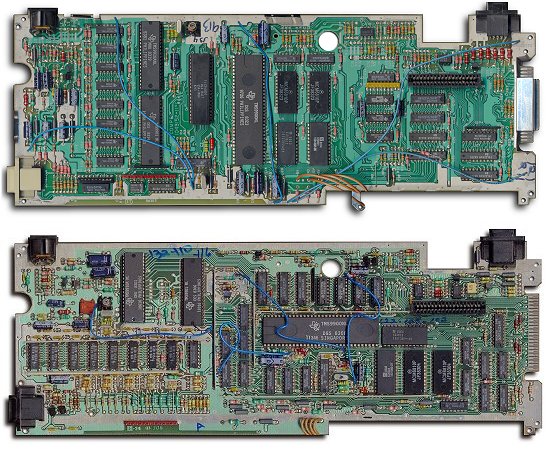 The QI release also introduced the Mitsumi membrane keyboard which is unreliable at best over time.  See the Keyboard FAQ entry for info on how to determine which keyboard you have.