The 99/4a came with 16k VDP ram on board. This is memory shared with the Video Display Processor and Basic.  It can not be used for running assembly language or GPL programs. They run from cartridge or expansion memory.

32k ram expansion gives you additional memory for Extended basic, assembly language programs and GPL programs. It also is required for most of the utilities and fun 3rd party/homebew stuff.

The 32k can not be duplicated in multiple cards/expansions so if you want to use another device that provides 32k you must remove or disable the existing 32k device.  (this is a issue with the nanopeb/cf7 device as they can not easily have their 32k disabled and so therefore can not share the buss with other 32k ram expansion easily)

If you have an expansion box:

You can insert a 32k ram card into the Peripheral expansion box,  Many were made by TI, Corcomp and others. (see below under PEB cards)

You can also use a SAMS card in a PEB that provides 32k as well as additional memory addressable by SAMS compatible software. 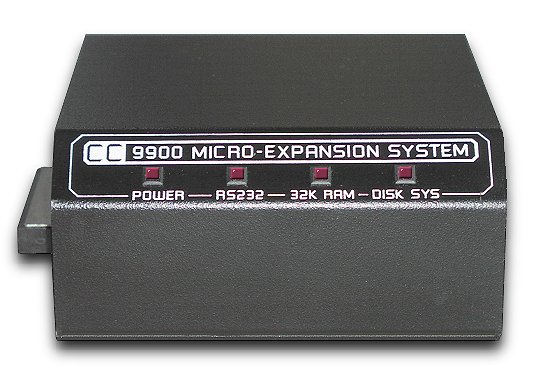 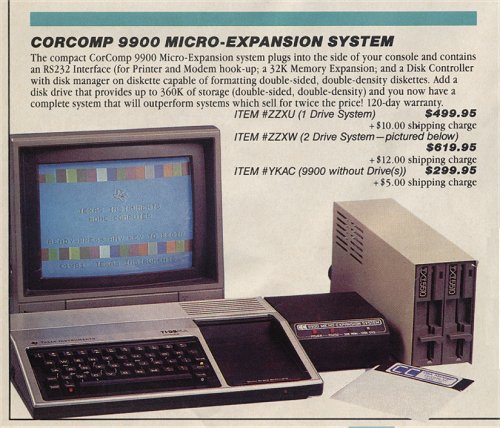 TI also produced a 32k sidecar that plugged in the expansion port on the right side of your 99/4a.

JediMatt42 designed and released a new 32k sidecar in 2018 that has a very small footprint and expansion pins for future add on devices such as TIPI:

You can buy a Jedimatt42 sidecar 32k here:

Also you get 32k ram expansion with the NanoPEB and CF7 sidecars.

Yes you can get bigger memory cards such as:

Foundation 32k/128k memory card – also includes the 32k expansion ram, These are basically identical to the Myarc card in fact there’s a ROM swap to make it 100% compatible and work with Myarc Extended Basic II (there is also a hack for these to make them 512k) (roms available at https://arcadeshopper.com)

AMS – Asgard Memory System cards were available in 128k-512k sizes. These set the standard for AMS memory and were quite expensive when they first came out. (discontinued – rare)

SAMS – Super AMS supporting up to 1mb of ram. 32k expansion is included and the rest is only compatible with software that works with AMS (discontinued rare)

Ksarul SAMS – The latest incarnation of the SAMS with 1mb or 4mb ram capabilities. Currently only the 1mb version is available.  32k expansion ram is included with SAMS.